Mentoring and highlighting future leaders in the life & biomedical sciences 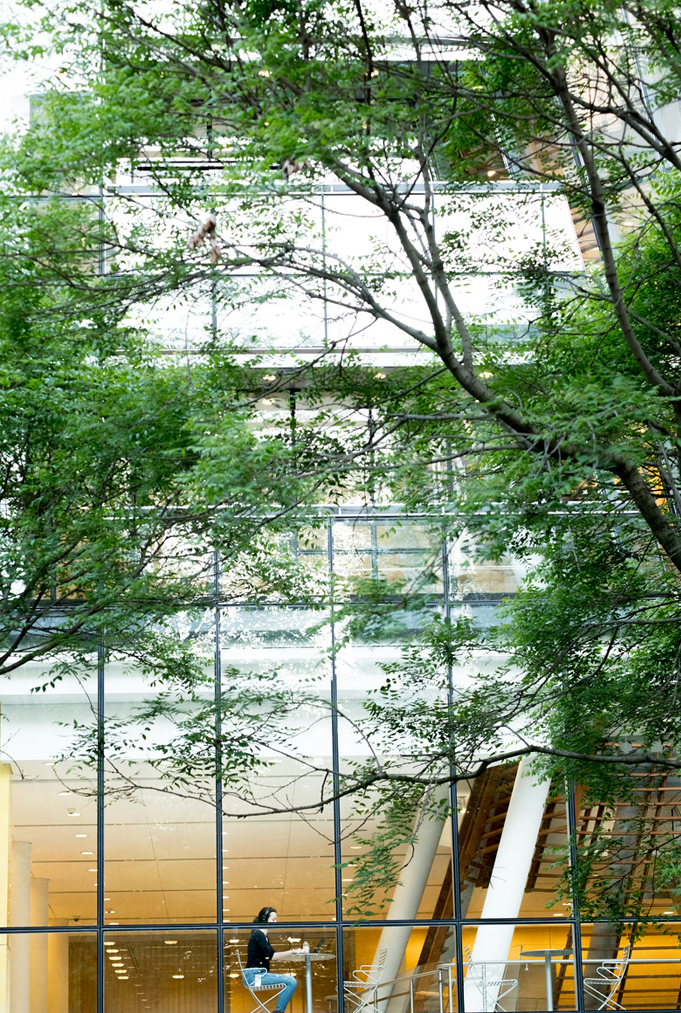 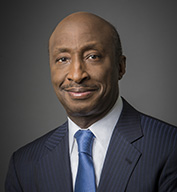 Executive Chairman of the Board and former President and CEO, Merck & Co., Inc.

Kenneth C. Frazier is the Executive Chairman of Merck’s board of directors, a role he began in July 2021, following his retirement from a decade-long tenure as Merck’s President and Chief Executive Officer.

Under Ken's leadership, Merck delivered innovative life-saving medicines and vaccines as well as long-term and sustainable value to its multiple stakeholders. Ken substantially increased Merck’s investment in research, including early research, while refocusing the organization on the launch and growth of key products that provide far-reaching benefits to society. He also led the formation of philanthropic and humanitarian initiatives that build on Merck’s 130-year legacy.

Ken joined the company in 1992 and held positions of increasing responsibility, including General Counsel, before becoming President and CEO in 2011. Prior to joining Merck, Ken was a Partner with the Philadelphia law firm of Drinker Biddle & Reath. Ken's contributions, especially in the legal, business, and humanitarian fields, have been widely recognized. He sits on the boards of Weill Cornell Medicine, Exxon Mobil Corporation, Eikon Therapeutics, the National Constitution Center and Cornerstone Christian Academy in Philadelphia, PA. He is Co-Founder and Co-Chair of OneTen, a coalition of leading organizations committed to upskilling, hiring, and promoting one million Black Americans into family-sustaining jobs. OneTen is committed to facilitating a meaningful, measurable, and lasting impact on racial and economic justice. Ken is also Chairman, Health Assurance Initiatives, at the venture capital firm, General Catalyst, where he advises on investments and partnerships and provides mentorship to founders building companies that are well positioned to transform the healthcare industry through collaborative and responsible innovation. He also is a member of the American Academy of Arts and Sciences, the American Philosophical Society, The Business Council, the Council of the American Law Institute, the American Bar Association, and a Fellow of the College of Physicians of Philadelphia. Additionally, Ken is Co-Chair of the Legal Services Corporation's Leaders Council.

As a strong advocate for social justice and economic inclusion, Ken is the recipient of numerous awards and honors, including the Anti-Defamation League Courage Against Hate Award, the Botwinick Prize in Business Ethics from Columbia Business School, the Legend in Leadership Award from the Yale School of Management, the NAACP Legal Defense and Educational Fund National Equal Justice Award, and the National Minority Quality Forum's Lifetime Achievement Award. In 2018, Ken received the Harvard Law School Association Award, the highest honor given by the prestigious association, in recognition of his extraordinary service to the legal profession, Harvard Law School, and the public. In that same year, Ken was named one of the World’s Greatest Leaders by Fortune magazine and was also named one of TIME's 100 Most Influential People and again made that list in 2021. In 2019, he became the first recipient of the Forbes Lifetime Achievement Award for Healthcare. In 2021, Columbia Business School honored him with the Deming Cup for Operational Excellence, and his peers named Ken Chief Executive magazine’s CEO of the Year.

Ken received his bachelor’s degree from The Pennsylvania State University and holds a J.D. from Harvard Law School.

The Rockefeller University gratefully acknowledges the generous support of the following sponsors for both the inaugural Exceptional Scholars Workshop and the newly launched Diversity, Equity, and Inclusion Initiative.